Why SELECTIVE SILENCE about citizen-led fact-finding missions has a role in discourse? 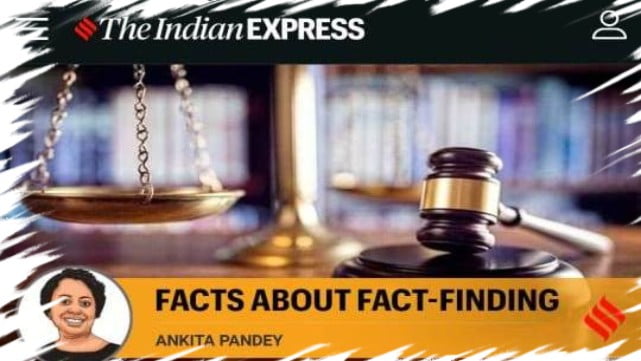 Seeking to delegitimise citizen-led fact-finding is in fact a way to control the narrative.

MAKING a case for the role of citizen-led fact-finding missions in democracy, Dr. Ankita Pandey of Delhi’s Indraprastha College, recalls several such missions, including the Gandhi-led Champaran indigo farmers investigation, the Jallianwala Bagh Massacre fact-finding panel of the Congress, the 1924 Kanpur Cotton Mills firing and killings inquiry, the “several fact-finding investigations” into encounter killings in 1970s “during the counter-insurgency operations against the Naxalite movement and during the Emergency” as well as 1977 Andhra Pradesh Civil Rights Committee’s probe into “33 cases of encounters of Naxalite political prisoners during the Emergency.” 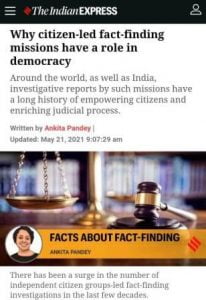 She goes on to mention the “several fact-finding investigations” by Indian People’s Human Rights Commission (IPHRC) in 1987 and then people’s tribunals work “in the wake of the 1992-93 Mumbai riots after the Babri Masjid demolition.”

She did not forget the Alternative Law Forum’s fact-finding investigation in 2008. and goes and on to underline that the findings of such civil society probes “can potentially transform public and governmental understanding of an event or crime.”

HOW MUCH EFFORT DO YOU THINK IT TAKES TO SO SCRUPULOUSLY AVOID THE MOST WIDELY KNOWN CIVIL SOCIETY INVESTIGATION INTO THE 1984 KILLINGS OF SIKHS IN INDIA’S NATIONAL CAPITAL?

Some may recall that last year, in February, when she had delivered her lecture, titled “Self Identification of Civil Rights Activists in India” at Ashoka University, she had also accidentally forgotten to mention anything about the activism about 1984 killings tracing the history and trends of civil rights activism from 1960s to 1980s. It took a student at the time to point it out, to which, her reaction was, “Oops!” 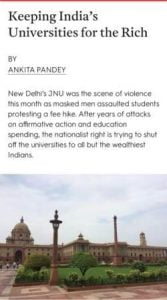 In her piece on JNU not very long ago, Dr Pandey said the JNU was special, “is different from other institutions,” because it happened to be in Delhi.

“It has a national voice — helped by its location in the national capital, raising uncomfortable questions before governments.”

NOW, YOU KNOW WHY THE OMISSION OF “WHO ARE THE GUILTY?” REPORT IS IMPORTANT – Because the Silence in Delhi Suits Sections of Civil Society, Too.

Pl recall that activists like Amiya Rao, N.D. Pancholi and Aurobindo Ghose were arrested for their probe into 1984 killings and the report was proscribed by the Central Government. Tarkunde remained steadfast. 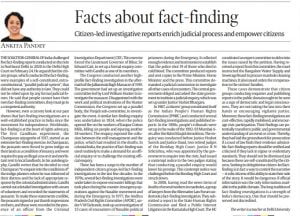 To not recall the work of Justice VM Tarkunde and a host of other inspired civil society activists in an article like this requires deliberate effort, or criminal negligence. India’s national(istic) civil society is guilty of both, often at the same time. Dr Ankita Pandey’s piece in today’s Indian Express falls in the same box.

We don’t expect scholars like her to mention the work of a Khalra or a Ram Narayan Kumar into forced disappearances, but to forget the largest massacre of citizens after 1947, that too, in Delhi, shows meticulous attention to detail.

In her own words – “Seeking to delegitimise citizen-led fact-finding is in fact a way to control the narrative — it robs citizens of the ability to state their side of the story.”

Oops! Dr Pandey, you just told your own story, too.

Thank you, civil society, and, Oops!, Shame on you, too.

WHAT DID THEY SMOKE? OXYGEN FROM LAHORE?

Jagmohan Singh is a social and political activist with abiding interest in Sikh legislative affairs and contemporary Sikh political history.

PrevPreviousAmarinder Singh’s Plan To Get Oxygen From Lahore — How A Hare-Brained Idea Catches On Like A Virus!
NextCriticism Is Not Treason, BJP Govts Should Learn From ItNext
Author Related Post
Related Post

Journalist Jarnail Singh — Remembering, Decoding His One A....