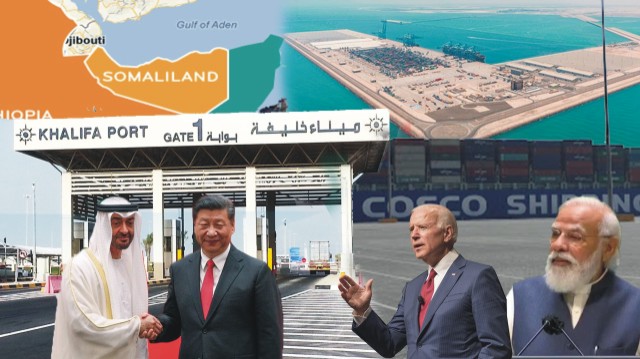 The aggressive and planned manner in which Chinese companies have forayed globally, poses a risk not just to the economic interests but also the defence interests of the collaborating and neighbour nations.

Recent reports by Wall Street Journal have revealed that the US intelligence agencies found evidence of construction work on what they believed was a secret Chinese military facility in the United Arab Emirates, and which was stopped after Washington’s intervention.

It says that satellite imagery of the Port Khalifa revealed suspicious construction work inside a container terminal built and operated by a Chinese shipping corporation, Cosco. It included huge excavations covered in an apparent attempt to evade scrutiny and apparently for a multi-storey building.

The Biden administration initiated urgent contact with the UAE authorities, which appeared to be unaware of the military activities, according to the WSJ. It said the discussions included two direct conversations between Joe Biden and Abu Dhabi’s Crown Prince Mohammed bin Zayed Al Nahyan, in May and August.

The US officials visited the UAEin late September and presented the intelligence details to the Emirati authorities. The construction work was suspended after the US officials recently inspected the Port Khalifa site.

Chinese forays in the Gulf

Basically, China, the world’s largest trading nation, has thrown its weight behind Abu Dhabi as the Middle East hub for its Belt and Road Initiative (BRI) and its biggest project is the Khalifa Port. Moreover, it is trying to expand its presence globally by constructing ports, railways and roads in partner countries albeit at terms which tilt hugely in its favour, besides challenging the US interests.

Cosco, the Shanghai-based, state-owned group that ranks among the biggest shipping companies in the world, has invested an initial $300 million in the CSP Abu Dhabi Terminal, the first step in an investment programme that could help make it one of the biggest ports in the Arabian Gulf over the next five years. 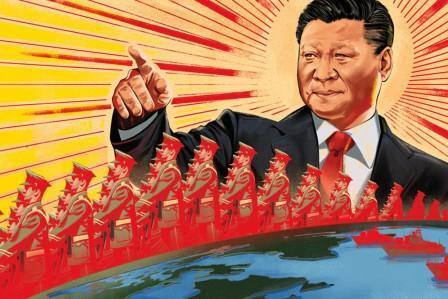 The deal with Cosco is aimed at attracting foreign investment into the UAE via the Khalifa Industrial Zone of Abu Dhabi (KIZAD), the huge logistics and manufacturing zone that borders the port.

By 2023, the Port Khalifa is expected to overtake Jebel Ali, just 50 km away in Dubai, in capacity terms, thus proving once again which is the strongest emirate in the UAE.

Trade ties have been growing between China and the UAE since a visit by Abu Dhabi Crown Prince Mohammed Bin Zayed Al-Nahyan to Beijing three years ago. Chinese President Xi Jinping visited the UAE last summer.

In alignment with their goal of augmenting UAE-China trade, DP World, a UAE owned company in partnership with Zhejiang China Commodity City Group (CCC) has also launched the Yiwu Market as part of the first phase of Dubai Traders Market, located in the heart of Jafza.

Dubai Traders Market will span approximately 800,000 square metres, with Yiwu Market covering about 200,000 square metres. The market will give traders and businesses from across the globe access to wholesale discounts with minimised supply chain costs and turnaround times.

China’s BRI is a state-sponsored strategy to enhance land and sea trading infrastructure in Asia, the Middle East and Africa via multibillion-dollar investments in trading hubs across the eastern hemisphere, though it has been criticised by some observers for leaving the partners of Chinese companies in debt, as happened in Sri Lanka and Venezuela.

In recent times Persian Gulf powers like the UAE, Saudi Arabia and Qatar have been engaged in expanding their influence in the Horn of Africa and are busy opening commercial and military facilities in the Red Sea region. Major global powers like the United States (US), Japan, China and France have established military bases in Djibouti.

Reportedly, India had also demonstrated interest in opening the base at Djibouti and Russia has recently announced that it will establish a military base in Sudan.

China is engaged in developing major infrastructure projects such as ports and railways in Djibouti, Ethiopia and Kenya. As a result of these activities, the littoral and continental space from Sudan in the north to Kenya in the south has become a focal point of strategic rivalries between regional as well as global powers.

The port of Berbera and Somaliland’s geopolitical location at the crossroads of West Asia, Horn of Africa and Indian Ocean is likely to assume increasing strategic importance as the Indo-Pacific rivalries sharpen.

Historically, the strategic location of the port near the straits of the Bab-el-Mandeb, which is a key maritime choke point for international trade and global energy security, has attracted foreign powers. 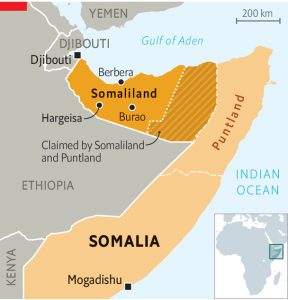 In the last few years, UAE has established a firm foothold at Berbera. Meanwhile the UAE, Ethiopia and Somaliland have reached an alliance for developing Berbera Economic Zone.

The Chinese navy established a facility in Djibouti, its first overseas base, about four years ago, which was placed within a Chinese-run commercial port, at Doraleh.

In addition in June this year, a new container terminal was inaugurated at the port of Berbera in the self-governing territory of Somaliland. Somaliland is a breakaway region of Somalia and is not recognised by any other state. The port of Berbera is located along the southern coast of the Gulf of Aden.

For UAE, developing the port of Berbera and building strategic partnership with Somaliland serves two inter-related objectives: challenge the pre-eminence of the port facilities at Djibouti for the shipping enroute to the Suez Canal and expand its influence in the Horn of Africa.

Through its entrenched presence in Somaliland and in Southern Yemen, UAE is in an enviable geopolitical position: it can monitor the strategically important Gulf of Aden closely and shape the strategic affairs of the region.

Gulf of Aden is an integral part of India’s maritime neighbourhood and sharpening rivalries between major powers underscore the need for increasing India’s strategic presence in the region.

India has recently opened its embassy in Djibouti and has been steadily expanding its engagement with the Horn of Africa.

Officially, there is no contact between India and Somaliland. A foothold in Somaliland would expand India’s presence and prove useful in monitoring Chinese activities in the region.

India could use its ties with the UAE to forge newer ties with Somaliland. Compared with the unstable politics and prevailing insecurity in Somalia, democratic Somaliland is stable and secure. This will also serve its purpose of keeping an eye on the Chinese activities in the region and be a force to reckon with in the Gulf of Aden.