Action of CBI in the Narada Sting Case 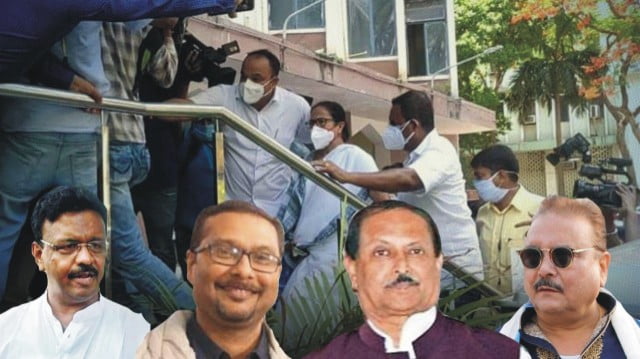 Several important politicians of the Trinamul Congress Party (TMC), which has once again won the West Bengal state assembly elections and formed the state government under the leadership of Chief Minister Mamata Banerjee, have recently been arrested in the Narada sting case by the Central Bureau of Investigation (CBI).

The CBI has arrested 4 TMC politicians, Farhad Hakim, Madan Mitra, Soven Chatterjee, and Subrata Mukherjee who were among those seen taking bribes on the video tape.

However, criticism is being levied by some people against the CBI for not also chargesheeting and arresting Mukul Roy and Shubhendu Adhikari in the same case, who were also alleged to be on the video tapes taking bribes (Mukul Roy is not alleged to be taking the bribe of Rs 15 lacs directly himself, but through an intermediary).

It is alleged that this is discriminatory behaviour on the part of the CBI, since these two persons, who were earlier in the TMC, later joined the BJP which is ruling in the Centre, and which controls the CBI.

On getting to know of these arrests, Chief Minister Mamata Banerjee went to the office of the CBI in Kolkata, sat on dharna, and demanded release of these TMC politicians, or else said she too should be arrested.

No doubt Mukul Roy and Shubhendu Adhikari should also have been chargesheeted and arrested.

But can a thief say that he should not be arrested or chargesheeted merely because many other thieves in the country are roaming around scot free?

Does Article 14 of the Indian Constitution (the right to equality) apply in such matters?

I submit it does not, otherwise every criminal can say that no action should be taken against him because many criminals in the country have never been prosecuted and have got away with it.

The 4 persons arrested and chargesheeted were seen on the video tapes taking bribes. Hence the action by the CBI against them was certainly justified.

As regards the criticism relating to the timing of the arrest, it is true this has come soon after the recent TMC victory in the West Bengal polls. But just because the action was not taken earlier does that mean that the crime has disappeared?

How does it matter when the action is taken, as long as it is justified?

If the 4 TMC leaders are found guilty of taking bribes by a Court, will their crimes be mitigated or become non est just because they were arrested and chargesheeted after the TMC victory in the recent elections?

I submit the criticism of the CBI action holds no water.

We need music with our news 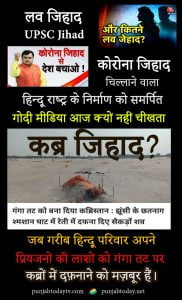 How Indians view the Israeli-Palestinian conflict?....

The Indian Budget 2021 – Disappointing, Directionless, and....