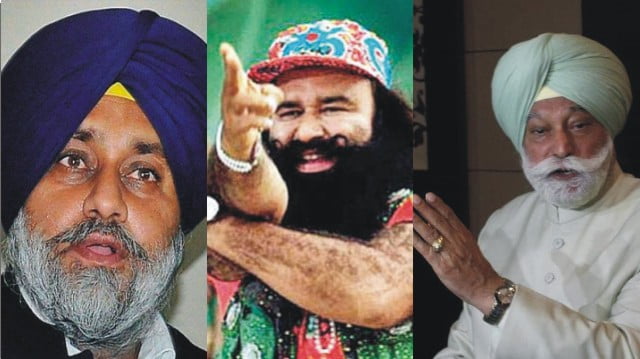 Bir Devinder said, “I wish to respond to the torrent onslaught of Sukhbir Singh Badal whereby he posed series of stupid questions to all the opposition parties to prove the involvement of him and his father in the case of sacrilege of the Holiest of the Holy Shri Guru Granth Sahib ji at Bargari and subsequent police firing at Kotkapura and Behbal Kalan during their regime in 2015.”

He further stated, “I would like to ask very simple but pertinent, point wise the following preliminary questions to Sukhbir Singh Badal:

“Is it not the fact that Dera followers pasted the derogatory posters in large numbers at Bargari and elsewhere threatening that if the screening of the film MSG2 is not allowed in Punjab, they will tear off the Holy pages of Shri Guru Granth Sahib ji that was stolen by them from Burj Jawahar Singh Wala, the poster said they will cut the pages of Sri Guru Granth Sahib in to pieces and will throw all over the streets of Bargari. What foolproof preventive measures were put in place by you as Home minister to protect the sanctity and sacredness of holy Shri Guru Granth Sahib ji, despite such a dastardly warning?

But instead you and your father Parkash Singh Badal were more burdened and busy to ensure that the banned film MSG2 is allowed to be screened in Punjab and just to facilitate this arrangement you called the Jathedar of Sri Akal Takhat and other Sikh priests at the residence of the Chief Minister and pressurized them to revoke the Hukamnama of Sri Akal Takhat Sahib that was pronounced against the Dera Sirsa Chief Ram Rahim, for impersonating the attire of Sri Guru Gobind Singh ji. 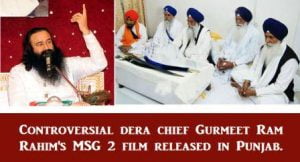 It is pertinent to mention here that soon after the Hukamnama was revoked by the then Head Priest of the Sri Akal Takhat Jathedar Gurbachan Singh the film MSG2 was allowed in Punjab the same day. What more blatant proof you want the opposition parties or the Sikh community to present before you to prove the brazen involvement of you and your father Parkash Singh Badal in the sacrilege of Shri Guru Granth Sahib” asked Bir Devinder Singh.

He further said, “Please also explain the atrocious and humiliating fate of Justice Zora Singh Commission’s report? It is a matter of record that Justice Zora Singh had to wait in the corridors of the Punjab Civil Secretariat for hours, no body, neither Chief Secretary nor any Secretary level officer turned up to receive the report, could you please explain why such a cold shoulder treatment was meted out to the commission and also please throw some light as to what follow up action your Government contemplated on the report of Justice Zora Singh Commission till you demitted office in March 2017?”

He commented, “I know you are suffering from selective amnesia but people of Punjab are not. Your dare boasting today just because of your understanding with Capt. Amarinder Singh, otherwise you and your father would have been behind the bars long ago.”

Bir Devinder Singh further said, “However, I invite you to the live public debate on the issue of Sacrilege of Sri Guru Granth Sahib, at any day and time at the Press Club, Chandigarh or any other place of your choosing, in full view of the cameras of the electronic media. Since you have posed a pertinent question to the opposition on the sacrilege issue, I invite you to the live public debate where many other relevant questions would be asked. I will wait for your response very soon.”