Assad, A Pariah No More 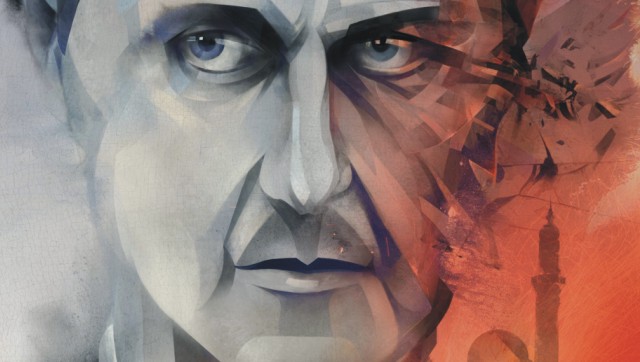 Russia, Turkiye and UAE have initiated plans to start talks with Basher Al-Assad, an unthinkable step till date, and establish peace once again in war torn Syria.

It seems as if the pariah of the Arab world, Bashar Al-Assad may soon get a reprieve, as the global and regional powers rally together to forgive him and try to bolster his regime. The latest efforts may also result in further weakening of the US influence in the region.

This change in Turkish stand is sponsored by Assad’s major military ally Russia and the UAE, which have sought to improve Assad’s standing in the Middle East to help balance Iranian influence in Syria.

Whereas several years ago countries in the region would have looked on such a rapprochement negatively, they are now supportive and that may be construed as an important shift.

Events of the last week report that regional players Turkiye and UAE, in partnership with global player Russia have initiated diplomatic efforts to rehabilitate Syria’s President Bashar al-Assad, and try to find an end to the decade-old war in Syria

Turkiye, which previously backed the 2011 rebellion against Assad, is now prepared to publicly recognise his rule over Syria and work to rebuild diplomatic, security and trade ties, in a complete about turn, in order to ensure peace on its south-western border.

Basically, Turkiye wants Assad to rule out allowing the US-backed Kurdish dominated, People’s Defence Units or People’s Protection Units (YPG), to form an autonomous area in northern parts of the country that they currently control, as part of any future peace agreement,if the Turkish President Recep Tayyip Erdogan restarts any reconciliatory process.

Reports say that Erdogan floated the idea of meeting with Assad as recently as last Thursday, after high-level meetings between Syrian and Turkish officials earlier in Moscow.

Erdogan has been reported as saying that, we will come together as leaders according to the developments, hinting at a meeting with Assad and Putin, soon.

Turkiye has lately indicated that it was preparing to put aside hostilities with neighbouring Syria. Frustrated by Washington’s refusal to end military assistance to Kurdish militia in Syria, Turkish President Recep Tayyip Erdogan is seeking to resolve the matter through other brokers in the conflict.

For Russia, such a deal will help it show it can successfully challenge US influence in Syria and the region.

Russian President Vladimir Putin ordered his military to intervene in support of Syrian President Bashar al Assad in 2015, helping to tip the balance in the civil war in Syria, in favour of the Assad regime.

As part of a flurry of diplomatic activity around Syria, the UAE’s foreign minister met Assad in Damascus last week and reiterated support for a political solution to the conflict.

UAE has moved closer to Assad, with the Syrian president visiting the country last year, his first trip to an Arab state since the start of the civil war.

The visit signalled strongly that Gulf leaders who initially supported a rebellion against him are ready to welcome Damascus back into the Arab fold.

Syria’s uprising quickly morphed into an international conflict drawing in Russia, Iran, Turkiye and the US and reverberating across the Middle East and Europe. Assad remains under US and European sanctions over the war, whichaccording to UN estimates has killed more than 350,000 civilians.

Reportedly the US is ‘Very Concerned’ about possible Turkish meddling in Syria. US State Department spokesperson Ned Price when asked last week, about a potential Erdogan-Assad meeting said that the US will not normalise and we do not support other countries normalising relations with the Assad regime.

But there are voices in the region that the US needs to understand that its presence in Syria is unnecessary and unjustified and further,countries in the region are increasingly acting independently of the US. 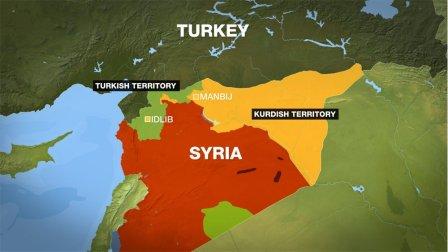 The YPG and allied fighters in northern areas of Syria bordering Turkiye are supported by the United States and estimated to control roughly a third of Syria’s territory.

Ankara views the YPG as a threat due to its ties to an outlawed Kurdish group, which has sought self-rule in Turkiye for decades.

The Syrian government also opposes any form of eventual Kurdish autonomy in Syria.

Erdogan has repeatedly warned of a Turkish incursion in northern Syria to push back the YPG, something the US has said could embolden Islamic State militants and other hardline fighters still present there.

Earlier,the Defence Ministers from Turkiye and Syria met for the first time in December last year since the civil war erupted in the Arab state in 2011, the high point so far in a rapprochement that’s been months in the making.

The discussions then had focused on the Syrian civil war and collaboration against ‘all terrorist groups’ in the Middle East state, Turkiye said, in a thinly veiled reference to Kurdish militia in Syria.

A political deal with Assad could help Erdogan claim a victory against the YPG without risking a military operation and greater US ire, the people said, adding that Russian and Turkish troops are expected to start joint patrols along border areas with northern Syria soon. Syria could also start coordinated patrols in the future there.

Syria remains under strict Western sanctions and is suspended from the Arab League. Improved relations between Turkiye and Syria will be a major success for Russia.

Ankara’s new partnership with Damascus will strengthen the Kremlin’s role in the Middle East and put pressure on Washington pull out its remaining foothold in Syria.

Russian President Vladimir Putin had originally proposed Turkiye repair ties with Assad last year during a meeting with Erdogan in Sochi. Now Erdogan has warmed to such a deal as he heads into elections this summer, the people said, as he seeks to use foreign policy to bolster his popularity at home.

Erdogan has asked Russia to ensure the safety of Syrian refugees who could return home as fighting eases. He wants to ease the political and economic cost of hosting the world’s largest refugee population, or some 3.5 million people according to UN estimates. Pushing for a return, or the start of one, may help boost his popularity ahead of elections.