Is Arnab Getting The Taste Of The Journalism He Has Created? 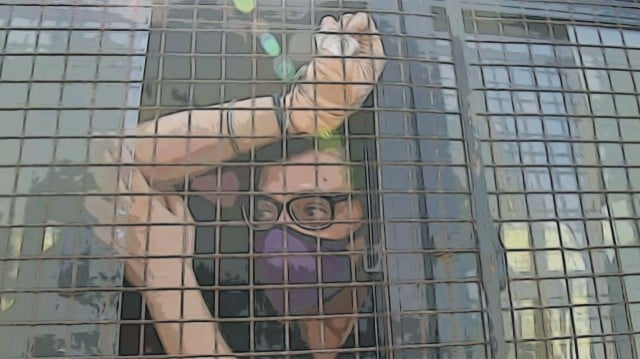 Arnab vociferously alleges that Police physically assaulted him but…

The arrest concerning the abatement to suicide registered in 2018 for non-payment of unpaid bills by Arnab Goswami has its genesis that Anyay Naik, M.D. of Concord Design (an Interior Designing Company)in his suicide note, named three persons responsible for his suicide. The same day his mother also committed suicide.

The Police, after an investigation, filed the negative final report in terms of section 173(2) Cr.P.C. that no offence is found against the accused named in the FIR.

The Jurisdictional Magistrate as per the case of Bhagwant Singh (1985) 2 SCC 537 was bound to inform the lodger, the result of the investigation and extend the opportunity of hearing. It is unknown whether this was followed or not?

The Magistrate after seeing the Police report either can accept it, or can reject it, or can send back for further investigation, or can take the cognizance of the offence and issue the process against the offenders to face the trial.

Readers would be well aware of the high profile trial of Arushi murder case. The Jurisdictional Magistrate rejected the closure report of CBI and took cognizance of culpable homicide.

The trial ended in a conviction, and Allahabad High Court also dismissed the appeal. Presently, an SLP is pending before the Supreme Court.

The reopening without the orders from the court by the Police exhibits the vicious vendetta unleashed against Arnab. The arrest of Arnab without any sanction of law and any new evidence speaks in volume about the high handedness of Police.

It is positively ludicrous to find the deployment of Police Force equipped with the most sophisticated weapons pinpoints the threat perceived by the Police from Arnab.

The visuals of arrest remind me the politics of vendetta deployed by J. Jayalalithaa the then Chief Minister of Tamilnadu for the arrest of her predecessor veteran politician M. Karunanidhi on the intervening night of 29th & 30th June 2001.

Karunanidhi was bete noire of Jayalalithaa; so is Arnab of Uddhav Thackeray and Param Bir Singh, Commissioner of Police Mumbai.

The high-pitched play of arrest ultimately ended in shifting of Arnab in a Police van to Raigarh Police station and after that, his production before Judicial Magistrate Alibag.

The Magistrate ordered for his medical examination. After that, Judicial proceedings relating to his Police custody of 14 days (remand) was heard by Magistrate till midnight.

Arnab vociferously alleges that Police physically assaulted him at his residence. The truth qua such allegation is speaking otherwise.

Surprisingly, the Police officers were repeatedly requesting Arnab to co-operate with them and since he is under arrest so accompany them to Police Station (Watch video)

The Police further assured that he would get all medical treatment and legal representation of his choice. But his intransigent attitude compelled them to use the requisite force for his shifting to Police station.

It has been the settled proposition of law vide Joginder Kumar Vs. State of U.P. (1994) 4 SCC 260 that the Police has the power to arrest in terms of section 41 of Cr.P.C. But it does not mean that the Police will arrest necessarily, unless and until there is a need to arrest.

To my little legal understanding, no such circumstances were warranting the arrest. Undoubtedly the Police were dancing to the tune of its political or other masters.

Police are least bothered whether it will stand the Judicial scrutiny or not; it feels comfortable with the harassment, the courtesy the court of law and not apportioning accountability.

Resultantly, Police under the intoxication of Khaki Power feels that they are the master of all what they survey. The said hubristic frame of mind bears the tinge of British colonial rule.

Other media channels declined the space to the story, it deserves, chivalry the professional rivalry.

Also Read: Mumbai Police Chief Will Add To Republic’s TRP, and will do nothing more

I remember the words of late Ram Jethmalani while arguing the most infamous case of A.D.M. Jabalpur (1976) 2 SCC 521 before the Constitution Bench when one of the judges questioned him that you want entire legislation to be quashed. Jethmalani answered in affirmative terms with the ironical expression that I want to save you also from the onslaught of this law. Today it has been applied against my client, the day is not far when it can be against you too.

The Constitutional Court must interfere with reining the government as well as the media houses which dare to cross the demarcated line of Constitutional accountability.

Inflation goes through the roof, unemployment rising but foc....