How feasible is a EU Army? 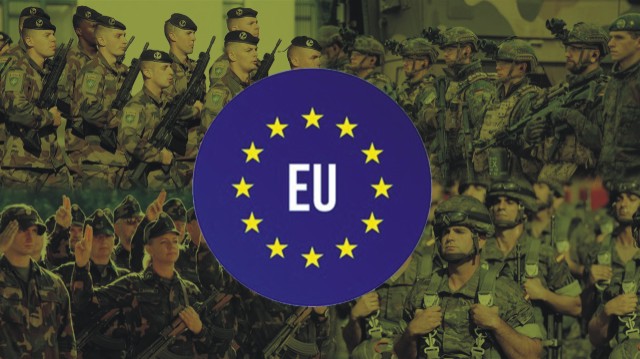 Proposals for a EU army have re-emerged after the Afghan fiasco – but many member states still remain ‘hard to convince’, about its feasibility.

IT SEEMS that the EU has learnt the lessons of the abrupt end of the US-led mission in Afghanistan and furthermore after AUKUS, that the US is a trying to build a coalition of English speaking Anglophonic nations in the defence realm and that time has now come for them to guard their interests themselves.

In her annual state of the union speech in the European parliament in Strasbourg recently, Ursula Von der Leyen, a former German defence minister, described the withdrawal of the US-led mission in Afghanistan, and the subsequent collapse of President Ghani’s administration troubling.

She urged the European leaders to acquire the “political will” to build up its own military force to be deployed at or prevent any future crises.

She is also reported to be working with the NATO Secretary General Jens Stoltenberg, on issuing a “new declaration” on EU-NATO relations by the end of the year. She has also said there would be crises where the EU’s own army should operate independently from both the UN and NATO.

Germany’s current defence minister, Annegret Kramp-Karrenbauer has said that Ursula is right. Real EU defence depends on the political will of the member states. That’s why Germany and France must lead any such exercise.

For some, this state of affairs revived the old idea of a European army – with the EU’s chief diplomat himself urging the bloc to create a collective armed force.

“The need for more European defence has never been as much evident as today after the events in Afghanistan,” EU foreign affairs representative Josep Borrell told journalists at a meeting of the bloc’s foreign and defence ministers in Slovenia recently, where the Afghanistan debacle featured prominently.

The EU needs to create a “rapid response force” of 5,000 soldiers, Borrell said. EU military committee chairman Claudio Grazianoalso agreed with the idea, which should be supported with a genuine “will to act” he is reported to have said.

This phrase appeared once again, when Macron talked about Afghanistan with visiting Dutch Prime Minister Mark Rutte at the Élysée Palace. The two leaders gave a joint statement urging the EU to develop “strategic autonomy” so it can take “more responsibility for its security and defence”.

Going one step further France has recently inked a defence deal for supply of 13 Rafael jets and 3 frigates to Greece. By choosing French Rafael, Greece rejected the bid by US’s Boeing for F-16 planes.

Critics of the proposal

The idea of common defence, one attacked by some critics of the EU as evidence of fomenting nationalism building, has a long and chequered history. It dates back to 1990s and the Yugoslav Wars. 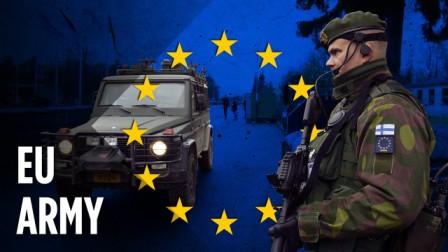 A joint 1998 statement by France’s then president Jacques Chirac and British prime minister Tony Blair declared that the EU “must have the capacity for autonomous action, backed up by credible military forces”, an assertion which fits Emmanuel Macron very well today.

Proponents of an EU armed force that operates independently of Washington will also have to win over sceptics within the bloc; the Baltic states and Poland are not in favour of any new defence pact excluding the US.

In addition perceptions within the EU states differ as to what is a threat to its interests. For example the Baltic states consider Russia as an existential threat as per geopolitical realities but Russia is a key energy partner for Germany, and an ally for Hungary.

Emmanuel Macron and Angela Merkel also backed the EU army idea in 2018, amid suggestions that the EU “could no longer count on the United States” under Donald Trump’s leadership.

Pushes for an EU army have public support, too. A 2017 Eurobarometer poll collated by Statista found that 74% of respondents in the Netherlands and Belgium supported the idea.

In France and Germany, backing for the proposal was 65% and 55% percent respectively, but in EU’s traditionally more neutral countries, like Austria (45%), Ireland (46%), Finland (42%) and Sweden (40%) it was mellowed. In the UK, only 39% of survey respondents were in favour.

Other critics of the proposal include NATO Secretary General Jens Stoltenberg himself, who has warned that an EU force “cannot defend Europe” without NATO assistance.

Military analysts say that most EU governments can’t invest more in defence and they are further concerned about the risk of undermining NATO. In 2019 EU’s 27 member states’ expenditure on defence stood at 1.2% of GDP compared with 3.4% by the US.

International security and defence analyst Brooks Tigner has also pointed to potential funding issues. In a 2018 opinion piece for the Atlantic Council, Tigner wrote that while the idea for an EU army might appear “impressive on paper”, but none has any realisation of what the collective cost of operations might be.

He added that the bloc would have to resolve a plethora of other “technical, legal, and administrative differences” that would “boil down to the most mundane things such as soldiers’ rights”.

A leaders’ summit dedicated to European defence will be convened by Von der Leyen and the French president, Emmanuel Macron, in the first half of next year, when France holds the rolling presidency of the EU. The concept of an EU army would be debated and discussions will be held about “why this has not worked in the past” at the next summit Von der Leyen has said.

Overall, as in the past, this time too it seems that the idea might get turned down due to its feasibility but it would help politicians like Macron and other European leaders to root for more nationalism and nationalistic tendencies, independent of the US.

The Summit for Democracy....

Global Arms Trade: Who are the real winners?....