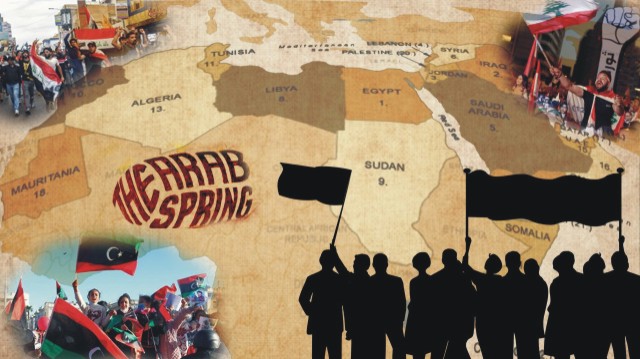 The onset of Arab Spring had raised expectations in the region of power being transferred to the people ultimately, but the ensuing developments have completely changed the dynamics of the pro-people movements in the region.

WHILE MOST of the Indian media has been obsessed with developments taking place in Afghanistan, it has nearly missed the country, which was the fountainhead of the so-called ‘Arab Spring’ about ten years back when people toppled a dictator that had ruled it for 27 years. Arab Spring had nurtured hopes that democracy might be able to get a toehold in many Arab countries based on the aspirations of the people.

However, recent events in Tunisia have raised concerns whether the small country which shook the power centres in this vast and strategic region, will it be able to handle its own aspirations as expressed by people ten years back.

On 25 July, Tunisian President Kais Saied stunned the world by announcing the suspension of the parliament, the sacking of the cabinet and assuming emergency powers citing an imminent threat to the Tunisian state. These extraordinary measures are supposed to last for 30 days.

For Tunisia watchers the development came as no surprise, as Tunisians have changed ten governments in the last ten years and are moving along the path, which may lead the country towards anarchy.

The events of the last ten years have infused most Tunisians with a sense of hopelessness and a loss of faith in parliament and the country’s political parties.

This explains why Mr Saied’s draconian measures were met with jubilation on the streets. His supporters were simply fed up with parliament, and yearned for change.

But not everyone in Tunisia was happy. BBC reports that foremost among them was Ennahda [Renaissance] Party, the Islamist party that has the biggest block in parliament. It denounced Mr Saied’s move as a coup. Other parties as well as independent observers concur.

So, now the world will be watching the next move of the four organisations – known as the Quartet for National Dialogue – which in 2013 succeeded in brokering a compromise between Islamists and their secular rivals and averted protracted civil strife.

Some observers believe the fault lies with the constitution that created multiple centres of power: the president, the prime minister and the parliament. In an ideal world that should create a well-balanced political order, with checks and balances that prevent domination by the president. But in an extremely polarised society it was a recipe for paralysis.

For the ruling party, problems accumulated – especially with Covid spiralling out of control – the governance broke down, and the president occasionally blocked parliament and vice versa, each side tweaking the text of the law to suit its own purpose. However, what happens in Tunisia will not stay in Tunisia, as the experience of the past decade has demonstrated. 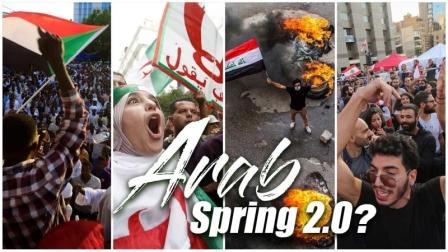 Most autocrats of the region are harping once again that “Arabs are not fit for democracy” and the democratic forces are clinging to the hope that Tunisia will remain a beacon for the rest of the region.

In fact, Tunisia is the third Arab country after Egypt and Sudan to say that it is fed up with the rule of the Islamists. With the exception of Qatar, most of the Arab countries have long regarded the Muslim Brotherhood and other Islamist groups as a major threat to security, stability and peace.

Khaled Abu Toameh, a journalist based in Jerusalem, writing for Gatestone Institute on the issue says that evidently, many Arabs are pleased that the rule of the Islamists in Tunisia has finally come to an end. The jubilation in the Arab countries over the toppling of the Ennahda Party sends a clear message to the rest of the world against embracing or appeasing the Islamists. Toameh gives examples of various other writers in his report, like;

Abdel Aziz Khamis, a Saudi journalist told Sky News Arabia that the reason the Tunisian Islamists failed was because they “failed to believe in democracy in its true meaning, including freedom of the media, the independence of the judiciary and economic and social rights.”

Prominent Saudi journalist and writer Abdul Rahman Al-Rashed stated that he was not surprised by the downfall of the Islamists in Tunisia. As the ruling party was associated with chaos and assassinations once they were in government.

Al-Rashed wrote for Al Arabia newspaper,”…the extraordinary measures the president took came to rescue the country before the collapse. In fact, what he is doing is saving the Tunisian regime, and Tunisia, the country, from the chaos that had begun.”

Sawsan Al-Sha’er, one of Bahrain’s most influential journalists and intellectuals, expressed relief over the ouster of the Islamists of Tunisia and said that this should serve as a reminder to all Arabs that Islamist parties – Shiite and Sunni alike – care about nothing else but grabbing power.

Saudi writer and journalist Abdel Aziz Khamis expressed hope that what happened in Tunisia would spread to other Arab countries. Urging Arabs to learn from the failed experience of the Islamists in Tunisia, Khamis listed a number of reasons why the Ennahda party failed: “It failed because it was not able to find real solutions to Tunisia’s problems and because it was not concerned with serving the people or improving their living conditions.” 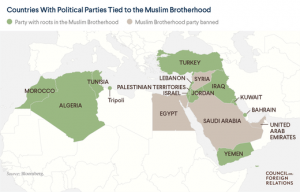 Khamis said that the Ennahda Party also failed because it was unable to transform itself into a political party “in the modern sense of the word.” The party, he added, “was not able to leave the ranks of the Muslim Brotherhood.”

However, if we analyse the reasons behind the failure of Islamist parties in the region, then one fact would emerge that first these parties are not given time to settle-in and start delivering, but are embroiled in various internal and external issues.

The puppet master behind most of these interventions are the western countries and in fact these nations are least concerned whether there is a despotic or a democratic government till the time their gains are assured. And that might be one of the reasons why the Arab Spring has failed to deliver what it promised, i.e. power to the people.