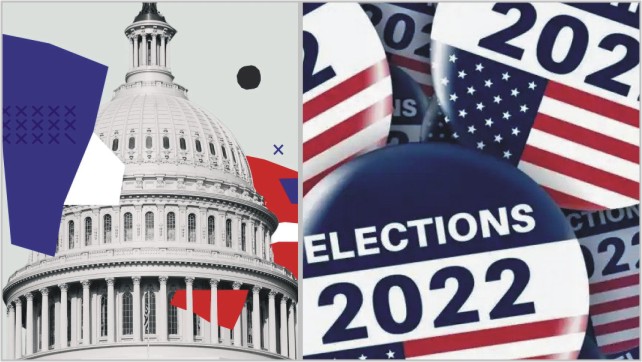 It seems as if the biggest bastion of democracy in the world will continue to be marred by unpredictable changes. The latest in the series could stem from the setback suffered by the Biden Administration in America’s mid-term elections, last week.

Usually in a democratic system, every ruling party suffers from the incumbency factor in mid-term elections it faces. However, in President Joe Biden’s case the last week’s results suggested that added to the incumbency, voters also punished him for the steepest inflation in 40 years.

The silver lining for the Democrats was the defeat at a much lower level as anticipated earlier. The results also suggested that voters voted against Republican efforts to ban abortion and to cast doubt on the nation’s vote-counting process.

President Biden had framed the election as a test of U.S. democracy at a time when hundreds of Republican candidates embraced former President Donald Trump’s false claims that the 2020 presidential election was stolen.

The slim majority in the House would allow Republicans to impair the rest of Biden’s term, blocking priorities such as abortion rights and launching investigations into his administration and family.

As the next House speaker, McCarthy may find it perplexing to hold the testy Republican caucus, with a hard-right wing that has little interest in compromise. Republicans may demand spending cuts in exchange for raising the nation’s borrowing limit next year, a showdown that could spook financial markets.

Democrats have been able to retain control of the Senate, thus giving a breather to the Biden Administration. A number of “election deniers” – those who supported Trump’s false claim that the 2020 presidential election was stolen from him – won on Tuesday but many who sought positions to oversee elections at the state level were defeated.

A significant number of Muslims, including many Arab Americans, had a much stronger presence in the midterms. 145 Muslim Americans competed in election contests throughout the U.S. and a record 89 have won. Currently 29 American Muslims serve as state legislators in 18 states. Five Arab Americans have been elected to the nation’s highest legislative office, as US senators. Six Arab and Middle East Americans continue to serve in the US House of Representatives:

As from an Indian angle, a record five Indian-American lawmakers from the ruling Democrat Party, including Raja Krishnamoorthi, Ro Khanna, Pramila Jayapal, Shri Thanedar and Ami Bera were elected to the House of Representatives, while several others were elected in state legislatures, in one of the most polarised midterm elections in the country.

Indian-Americans who have made it to various state legislatures include Arvind Venkat, Tarik Khan in Pennsylvania; Salman Bhojani and Suleman Lalani in Texas; Sam Singh and Ranjeev Puri in Michigan, Nabeela Syed, Megan Srinivas and Kavin Olickal in Illinois, Nabliah Islam and Farooq Mughal in Georgia; Kumar Bharve in Maryland, and Anita Samani in Ohio. Nabeela syed became the youngest ever member of any state legislature, by winning a seat for Illinois’s General Assembly.

Surprisingly, prior to the elections, both the Democrats and the Republicans reached out to the Indian Americans in a big way. This was due to the fact that they were seen as a deciding factor in many key constituencies.

Impact on Ties with India, China, Ukraine and Iran

India stands at no risk with the changed Congress. U.S.-India bi-lateral ties have wide bipartisan support among both Democrats and Republicans alike. For the moment, New Delhi can rest easy no matter who is in at the helm. 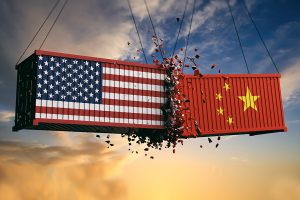 An aggressive American policy on China was shaped during the Trump-era, focusing more on the economic side of the relations. President Biden has kept in place most of the measures initiated by Trump, and taken a more sweeping approach to confront China. This includes human rights, industrial policy, democracy-versus-autocracy debate, and supportive declarations for Taiwan. But overall the optics may include Republicans trying to be seen as pushing back on China across the board.

As far as Ukraine is concerned, the White House has showed an unwavering support for Ukraine, but Republicans’ control of Congress could complicate matters for Ukraine. Different camps within the Republicans could influence this. Future Speaker McCarthy had said last month that Republicans will not write a “blank check” for Ukraine if they win back the majority.

McCarthy’s comments are reflective of his party’s growing scepticism about financial support for Kyiv as a growing number of Republicans, particularly those aligned with Trump’s “America First” approach, question the need for federal spending abroad at a time of record-high inflation at home.

Meanwhile, Republican control of Congress could prove the death knell for the revival of nuclear talks with Iran, which the Biden administration has been desperately trying to restore. President Biden has been criticised by many Republicans for not doing more to support protesters who have been demonstrating for weeks against the country’s clerical regime.

Using a legislation passed in 2015, the Republicans in the House and Senate can vote to express disapproval of a nuclear agreement with Tehran and block the president’s power to lift sanctions on Iran’s economy previously imposed by Congress.

The results have also shown the maturity of the American public, which has shown Trump that they will not tolerate his vitriolic brand of politics, unlike some other countries which are still under the spell of such type of politicians.

Overall, the coming two years doesn’t bode an easy time for President Biden. His policies – both foreign and internal will be challenged at every stage. This may result in the administration getting bogged down over trivial matters and losing perspective to craft a more ambitious and proactive approach on other demanding issues at hand. The next two years may also prove to be a litmus test for the American democracy in a changed scenario of power sharing by the two political foes.