South Africa and India – Both Descending into Chaos and Anarchy 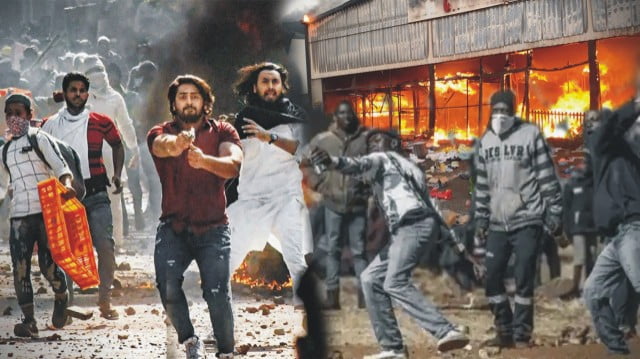 South Africans and Indians both had freedom movements.

South Africa has descended into chaos, and India too is heading in the same direction, with massive poverty and record and rising unemployment.

It is interesting to compare the situations in the two countries.

But these were only political freedoms. Real freedom is socio-economic freedom, i.e. freedom from poverty, hunger, unemployment, lack of proper healthcare and good education, etc, as mentioned by US President Franklin Roosevelt in his State of the Union Address in January 1944.

Though both Nehru and Mandela spoke a lot about it, Nehru speaking of a ‘socialist pattern of society’ and Mandela speaking of freedom from poverty and fair distribution of the national wealth, the fact is that the divide between rich and poor increased under their rule, and corruption later became a cancer which has increased by leaps and bounds after their departure.

In India, though for some time after Independence the Congress political leaders were mostly upright men and women, later, particularly after Indira Gandhi came to power, our politicians (of all parties) became a set of freebooters with no principles, and only an insatiable thirst for power and pelf.

The situation today in India is that 7 individuals own as much wealth as the bottom half of our 1350 million population, while most people live in horrible poverty, and unemployment and child malnourishment have risen to record levels.

In South Africa, Mandela became President in 1994, and though political apartheid ended, economic apartheid continued, with a handful of white owned multinational companies still controlling most of the country’s huge mine, mineral and other resources, while the blacks (77% of the 60 million population) left high and dry, living in terrible poverty and extremely high unemployment (about 32%).

Mandela himself was personally honest, but his successor Jacob Zuma was totally corrupt, and so has become the African National Congress (as happened to the Congress party in India after Nehru’s death).

I am not a communist, but I agree with the great French thinker Rousseau when he said “It is surely contrary to the laws of nature, however defined, that a handful of people are gorged with superfluities, while the starving multitudes are deprived of the bare necessities of life” (see Rousseau’s ‘Discourse on Inequality’).

No doubt the South African armed forces will suppress the rioting and looting, but this will be only like eradicating the symptoms, not the disease (massive poverty, unemployment, etc), which will keep festering latently and covertly, until it again erupts overtly in a volcanic explosion.

It is only by creating economic justice for the masses and a just social order that the problem will be solved, but that is still far off.

So chaos and anarchy will continue in both countries in the years ahead.