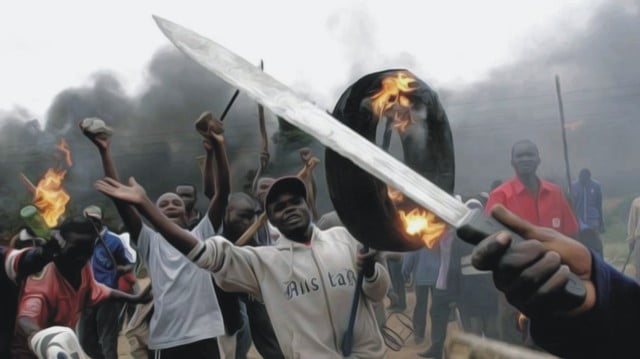 Such criminal incidents will be repeated unless there is equitable distribution of wealth and economic justice in South Africa.

Indians are a peaceful tiny minority of about 1.3 million people (about 2.5% of the entire 60 million population) in South Africa. They came to South Africa in the late 19th and early 20th centuries as indentured labour to work on sugar plantations, and later also as traders. 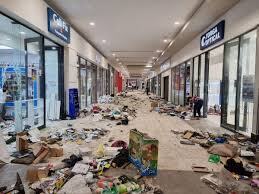 Today they are a relatively well off community, in business and in the professions (doctors, lawyers, teachers, etc). In my visit to South Africa a few years back I did not see any Indian who was poor. I was treated for a medical problem in Cape Town by an Indian doctor, who invited me to his home, where I met his family.

Today Indian homes, shops, and properties are being attacked, looted, and vandalised. These persons of Indian origin have not done any harm to anyone. Why are they being attacked by black mobs and hooligans?

To understand this one must know that while political apartheid ended in South Africa in 1994 when the African National Congress led by Mandela was elected to power, economic apartheid remained.

South Africa has huge natural wealth in the form of mines, minerals, etc, and these still remain in the hands of a few big multi national corporations, almost exclusively owned by a handful of whites.

On the other hand, unemployment in South Africa has reached record heights, upto 32.6%, and most of such unemployed people are blacks. 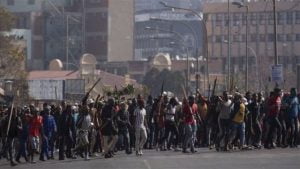 Poverty and unemployment are the main causes of crime. In Victor Hugo’s great novel Les Miserables one of the central characters, Jean Valjean, commits the petty crime of stealing a loaf of bread to feed his family, and was given a life sentence in the galleys in chains as a consequence.

Millions of South African youth, mostly blacks ( who are about 77% of the population ) are jobless.

Because of their poverty most black South Africans could not get proper education and technical skills. Hence many of them cannot get jobs, and consequently resort to crime, drugs, etc.

I am not a communist, but in my opinion this state of affairs cannot long continue. Everyone is entitled to a decent life, which means having a job with a living wage, nourishing food, healthcare, housing, and a good education for their children.

“It is obviously contrary to the laws of nature for a handful of people to gorge themselves on superfluities, while the starving multitudes lack the necessities of life.” (Discourse on the Origins of Inequality).

Before the Industrial Revolution, which began in England in the mid 18th century, and then spread everywhere, the methods of production in feudal economy were so backward and primitive that very little wealth could be generated.

Hence only a few (kings, aristocrats) etc could be rich, while the rest (mostly peasants) had to be poor.

This situation has drastically changed after the Industrial Revolution. Now modern industry is so powerful and so big that enough wealth can be generated to give a decent life to everyone, and no one need be poor.

Yet despite this unique situation in world history, the fact is that most people in the world are poor, many living in inhuman conditions. This also applies to South Africa. 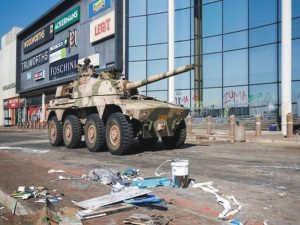 I condemn the attacks on Indians in South Africa. But I say that such criminal incidents will be repeated unless there is equitable distribution of wealth and economic justice in South Africa. Using police force alone is not the solution.

Unemployed people have only one of two choices : either resort to crime, or commit suicide. So if such incidents are to be avoided some way must be found of providing employment to South African black youth.

A political party called the Economic Freedom Fighters ( EFF ) has been formed in South Africa, whose leader is Julius Malema. This party claims to fight for the economic rights of blacks.

However, to me it seems that this organisation is all empty gas and its leaders, while claiming to be revolutionary, are mere demagogues, “full of sound and fury signifying nothing” (as Shakespeare said in Macbeth).

In fact, if one watches their conduct in the South African Parliament on YouTube, they seem like a bunch of indisciplined hooligans, always creating a ruckus, and encouraging grabbing of land, which amounts to encouraging lawlessness.

To my mind this rowdy and roughneck behaviour of the EFF in Parliament, which most South Africans would have seen on TV, would have motivated and encouraged the hooligans and criminal mobs to take the law into their own hands, and loot, vandalise and destroy properties, homes and shops, particularly of the tiny Indian community.

Whites, who though only about 9% of the population, are well organised and armed, with international connections. But Indians, who are only 2.5%, are defenceless, like the Jews in Nazi Germany.

Dark days are ahead for the small Indian community in South Africa.

PrevPreviousIndian Muslims and the Mosques
NextBakrid, Ritual of Sacrifice and Slaughter of BuffaloesNext
Author Related Post