Afghanistan has become a Paagalkhana 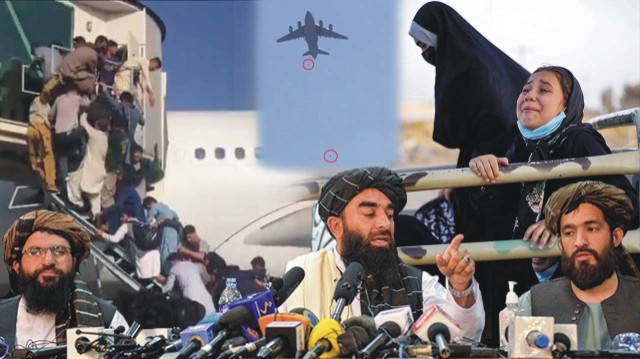 Afghanistan has become, or will soon become, a madhouse, and this madness will affect other countries too.

Taliban leaders and spokespersons have said that after their victory in Afghanistan there will be no revenge against collaborators, and that everyone can live safely. From these statements some people inferred that the present Taliban is different from the old one, being more restrained and moderate. They thought that since the Taliban are no longer fighting but are in power, they will be more responsible.

But recent events have shown otherwise. We have seen on the Internet and TV screens huge crowds of people desperate to somehow get out of Afghanistan, some even clinging on to planes and then falling to their death, women throwing their babies to US troops so that they can be taken out of the country, etc. Reports have come that the

Taliban are hunting for alleged American collaborators and killing them. Women not wearing the burqa have been killed, and portraits showing women have been demolished.

All this shows that the Taliban has not changed. They are the same feudal bigots, with Islamic fundamentalism as their ideology. A leopard cannot change its spots.

The basic problems of the Afghan people are massive poverty, huge unemployment, appalling level of child malnourishment, almost total lack of proper healthcare and good education for the masses, etc.

Soon popular agitations will begin in Afghanistan to resolve these problems. The Taliban leaders have no clue how to resolve them.

So to divert public attention they will then resort to the only gimmick they know, i.e. Islamic fundamentalism (like building Ram Mandir and cow protection in India). 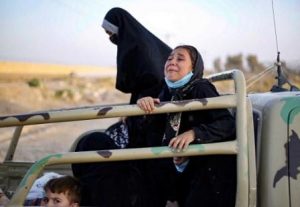 Women will be forced to wear the burqa, and flogged if they do not, and men forced to keep a beard. Women will be forbidden to leave their houses without a male escort, and allowed only religious education. Sharia law will be enforced, with women being stoned to death for adultery, limbs of thieves being chopped off, and public floggings.

Apart from this daftness and asininity, the rank and file of the Taliban will become looters and hooligans, and their leaders will have no control over them. This is because these youth, who till now were fighting the Americans, have now no work. They believe that because of them the Taliban came to power, and now want their reward.

Since there are hardly any jobs to accommodate them, they will resort to looting and crimes, particularly against minorities, to fill their stomachs, and nobody can stop them. This is reminiscent of the S.A. in Germany who helped Hitler come to power, but after he came to power in 1933 were left high and dry. Hence they resorted to looting Jewish shops and other hooliganism.

India does not have a border with Afghanistan, so it will not be affected much by the change of regime in that country, but Pakistan certainly will. Its North West Frontier Province, now known as Khyber Pakhtunkhwa (KP) is contiguous with Afghanistan, and is 75% Pashtu speaking, with its people have strong cultural, and even family, ties with the Afghan Pashtus ( Pathans ), who are just across the Durand Line.

So soon KP will get Talibanised, with its women being forced to wear the burqa, and strict sharia law imposed. As regards the other 3 provinces of Pakistan, they too will be affected, because there are a large number of bigots there too (like the Tehreeke Labaik) who have the same Wahabi type mindset as the Taliban.

Even in India there are many supporters of the Taliban, like the secretary of the All India Muslim Personal Law Board Maulana Mahfuz Rahmani, or its spokesperson Maulana Sajjad Nomani.

Civil war may start in in Afghanistan, since the Talibans comprise mostly of the Pashtus, who are only 40-42% of the Afghan population, while 27% of the population are Tajiks, 9% Uzbeks, 9% Hazaras, apart from Turkmen, Aikman, Baloch, etc. One wonders how long this motley and disparate group of people can hold together.

Afghanistan has become, or will soon become, a madhouse, and this madness will affect other countries too.

Afghanistan – Some interesting and unknown facts