Why plunder Punjab’s public treasury to showcase Aam Aadmi Clinics in other states? 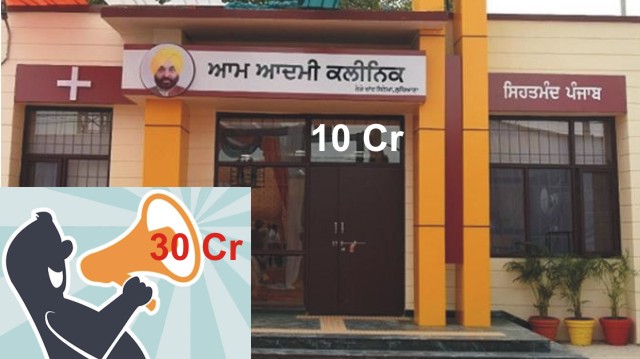 Why Punjab be coerced to bear propaganda expenses of Aam Aadmi Party?

The blatant plundering of Punjab Government funds to showcase Punjab’s Aam Aadmi Clinics in other states, sounds highly outrageous and a despicable move of the Health Department of the State.

As a matter of fact, it is nothing but a propaganda mission of the Aam Aadmi Party. 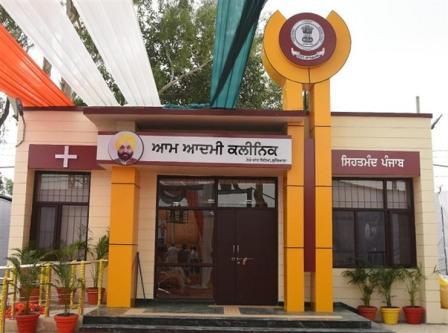 Why plunder Punjab’s public treasury to showcase Aam Aadmi Clinics in other states?

Why Punjab be coerced to bear propaganda expenses of Aam Aadmi Party?

This kind of profligate spending from the state exchequer, particularly when the State coffers are nearly empty; it is an ostensible financial crime against the State.

It sounds absolutely unreasonable and utterly absurd when the scheme of launching 400 Aam Aadmi Clinics in Punjab, itself cost the State exchequer Rs. 10 Crores only whereas the publicity of the flagship programme, in other States would cost Rs. 30 crore.

As reported in the media, just transferred out Health Secretary, Punjab Mr. Ajoy Sharma has very rightly and judiciously rejected this reckless proposal of wasteful expenditure in the larger fiscal interest of the State.

It’s a great misfortune and sounds preposterous that the government led by Mr. Bhagwant Mann has already transferred Secretary, Information & Public Relations, Punjab, when he put his foot down and determinedly refused to sanction the spendthrift advertisements worth more than Rs. 50 crores for the Gujarat Media, which Aam Aadmi Party wished to utilize as its propaganda trick to promote its chance in the Gujarat Assembly elections. 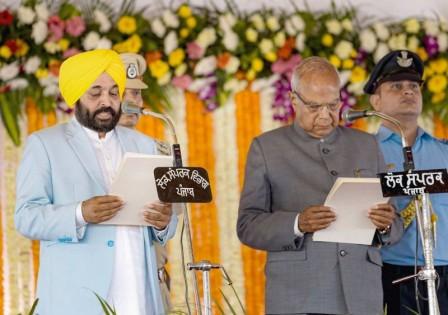 I have also learnt from very reliable source that even for the swearing in ceremony of Mr. Bhagwant Mann, the advertisements worth Rs. 10 crore were released to the media, out of which the Punjab Media was quieted with only a fist full of peanuts, not even Rs. 2 crore in all for Punjab media, and the rest of the amount was pocketed by the media of those States where Aam Aadmi Party was eyeing for its better fortunes in the forthcoming Assembly elections.

I would expect from the Chief Secretary of the State, Mr. V.K Janjua, and also from the well-intentioned successor of Mr. Ajoy Sharma, Mr. Veerendra Kumar Meena to be reasonably cost-effective and Punjab friendly while granting sanctions for such extravagant and superfluous propaganda ambitions of the Aam Aadmi Party, particularly at the cost of the State exchequer.